Parmigiano Reggiano Museum: a brief history of the King of Cheeses

Share on:
2017-09-20 Parmesan cheese made its literary debut in the middle of the fourteenth century. Parmigiano Reggiano, one of Italy’s and the world’s top cheeses, is mentioned by Giovanni Boccaccio in his Decameron, when describing the imaginary town of Bengodi: “a mountain, all of grated Parmesan cheese', on which 'dwell folk that do nought else but make macaroni and ravioli, and boil them in capon's broth, and then throw them down to be scrambled for.” Doesn’t sound like a bad place to be!
Parmesan made its debut “in the museum world” much more recently, on 30 November 2003, when the Parmigiano Reggiano Museum opened (the first of the Food Museums of the province of Parma) in a nineteenth-century cheese dairy in Soragna, in the lower Parma area. A place of production converted into a museum demonstrating how the King of Cheeses is made, from the arrival of the milk to the sale of finished rounds of cheese, with plenty of detailed explanations and historical trivia.
The first historic record of the presence of this cheese, made on farms run by abbeys, dates back to the second half of the thirteenth century. It was definitely the Benedictine monks of San Giovanni in Parma, who had granges in the Enza Valley, who developed the technology required to make Parmigiano Reggiano, to preserve milk in a very durable form.
With the exclusion of the eighteenth century, when the farming economy and cheese production went through a critical time due to the frequency of war and epidemics among livestock, the history of Parmesan cheese has always been a success story. Its growth was consolidated in the early twentieth century, when the improved production methods still in use today were first introduced.
Parmigiano Reggiano cheese, awarded Protected Designation of Origin by the European Community in 1996, is a hymn to tradition. First of all, because only in this part of the Po Valley do the historical and environmental conditions permitting its production apply. It is, and always has been, a land offering top quality foraging for cattle, with bacteria (from the soil) that permit creation of a truly great cheese (precisely because these bacteria transform Parmigiano Reggiano cheese as it ages, it is the only cheese that lactose-intolerant people can eat; it contains no lactose at all!)
Parmigiano Reggiano cannot be produced industrially, but only by the expert hands of a master cheesemaker, following the rules of an ancient ritual which has not changed in eight centuries. The only difference between a modern round of Parmesan cheese and a thirteenth-century cheese is its greater size, and the severe process of quality control which, thanks to the producers’ consortium, ensures compliance with strict production regulations.
Parmigiano Reggiano cheese is made from the milk of grass-fed cows only, without the addition of any additives or preservatives, and is a natural nutritional supplement. It contains very little fat and a lot of protein, minerals, particularly calcium, but also phosphorous, potassium, magnesium and zinc, and vitamins, including vitamins A, B6 and B2. And it has another great virtue: it is easy to digest, making it a particularly suitable food for children, seniors and athletes. Gourmets enjoy it on all kinds of occasions and with all kinds of different foods. Even for dessert, in the form of gelato, cheesecake, fruit crumble, or panna cotta (cont’d). 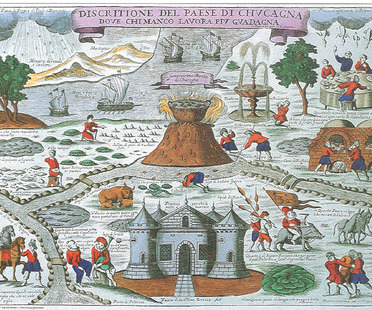 Pear and chocolate crumble - A recipe by Federica Barbaranelli 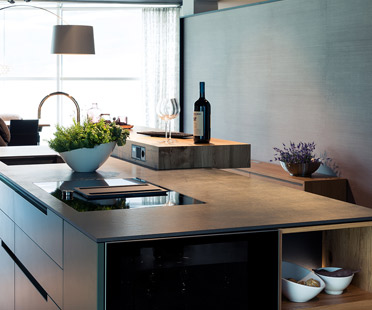 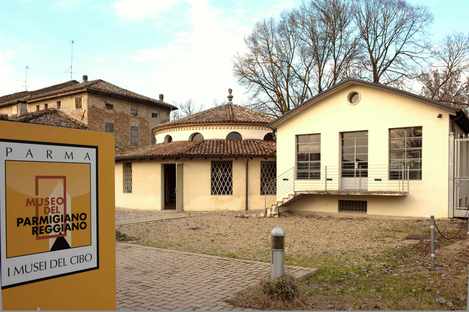 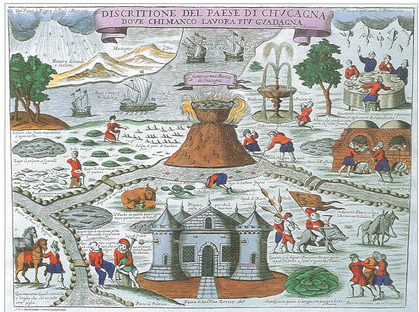 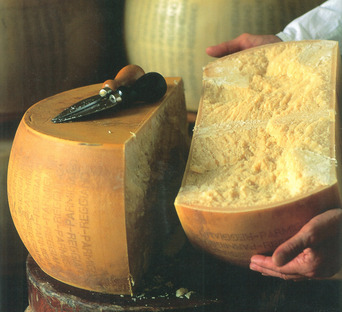 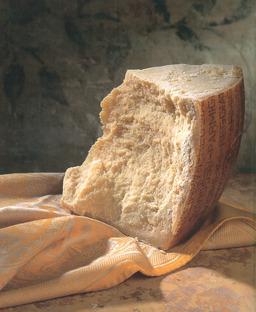 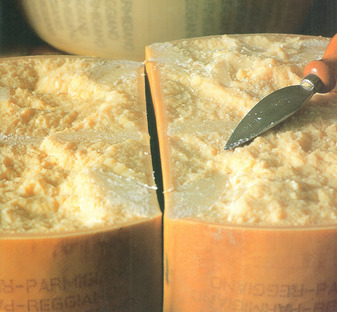 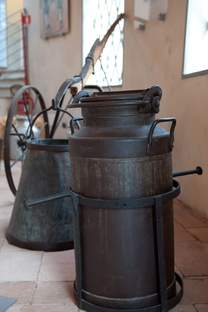 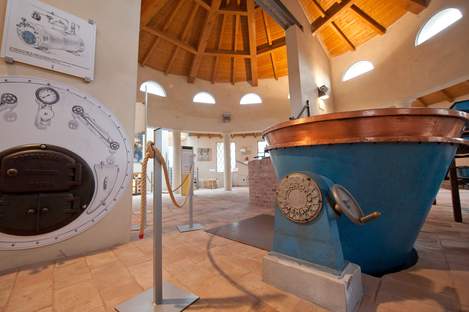