In discovery of Barcelona’s gastronomic markets

We are about to conclude our full immersion in Spanish design and flavours, but we make one more stop in Spain before returning to Italy and preparing to set off for new European destinations on our around the top tour.

Our travel log had to include a brief stop in beautiful Barcelona, home to the creative genius of Gaudì!

The capital city of Catalonia is a true open-air museum offering infinite inspiration and possibilities for all tastes.

We decided to experience the city through its evocative gastronomic markets offering all the best of local produce and cuisine. Because Barcelona is much more than the Rambla!

The Boqueria is an essential stop on any gastronomic tour of bizarre Barcelona, a true symbol of the city. Halfway along the famous Rambla, the market has been there since 1840, but its origins are actually much older: meat and fish have been sold on the spot from time to time since the 13th century.

The market is now a tourist attraction, offering fresh food of all kinds, primarily fruit and vegetables, meat and fish, with bars and restaurants in the surrounding arcades.

Inside, more than 100 booths sell fresh fruit, vegetables, seafood, meat, bread, pastries and everything else one might need (perfect for a wholesome snack!). The market also contains coffee shops, a supermarket and a restaurant, Cuines Santa Caterina, famous for its four different types of cuisine: Asian, Mediterranean, Italian and vegetarian.

One of Barcelona’s biggest and most important markets, Sant Antoni is second only to the famous Boqueria, but it is not as packed with tourists. The gigantic iron structure was built in 1882, and still has the atmosphere of a neighbourhood market, featuring plenty of fresh food and bright colours. 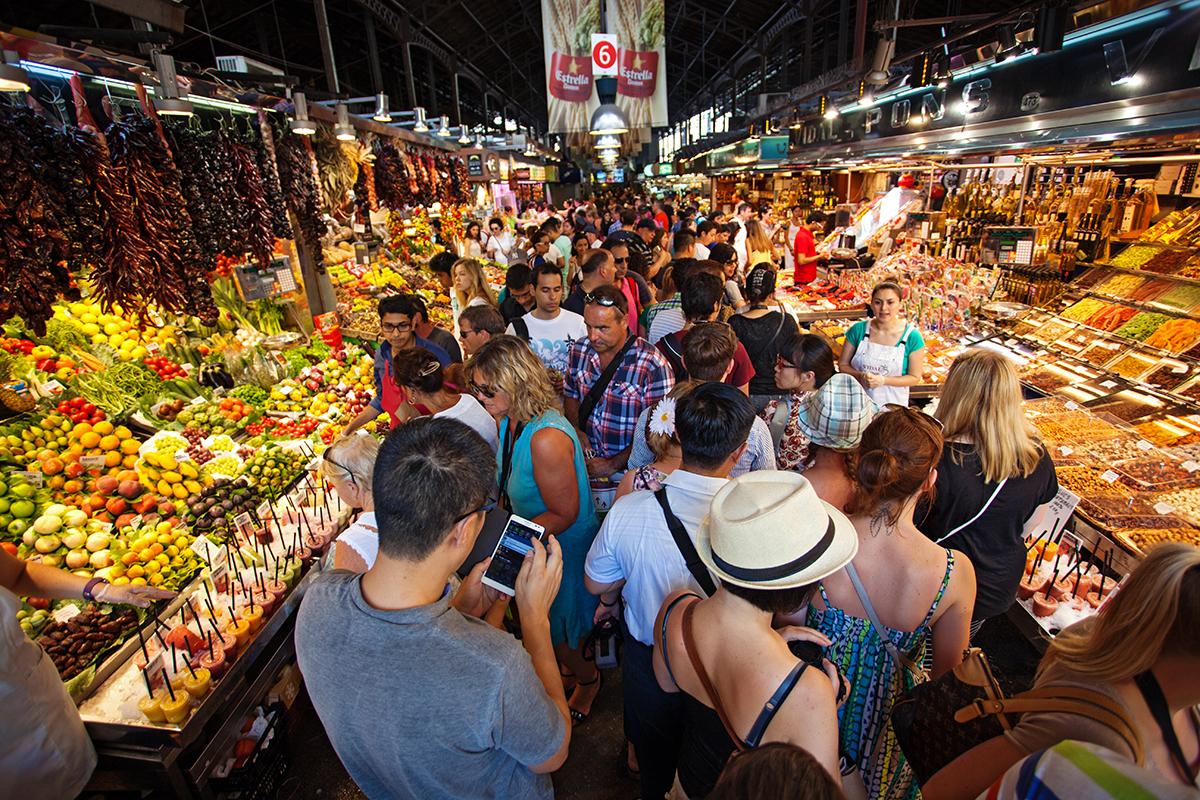 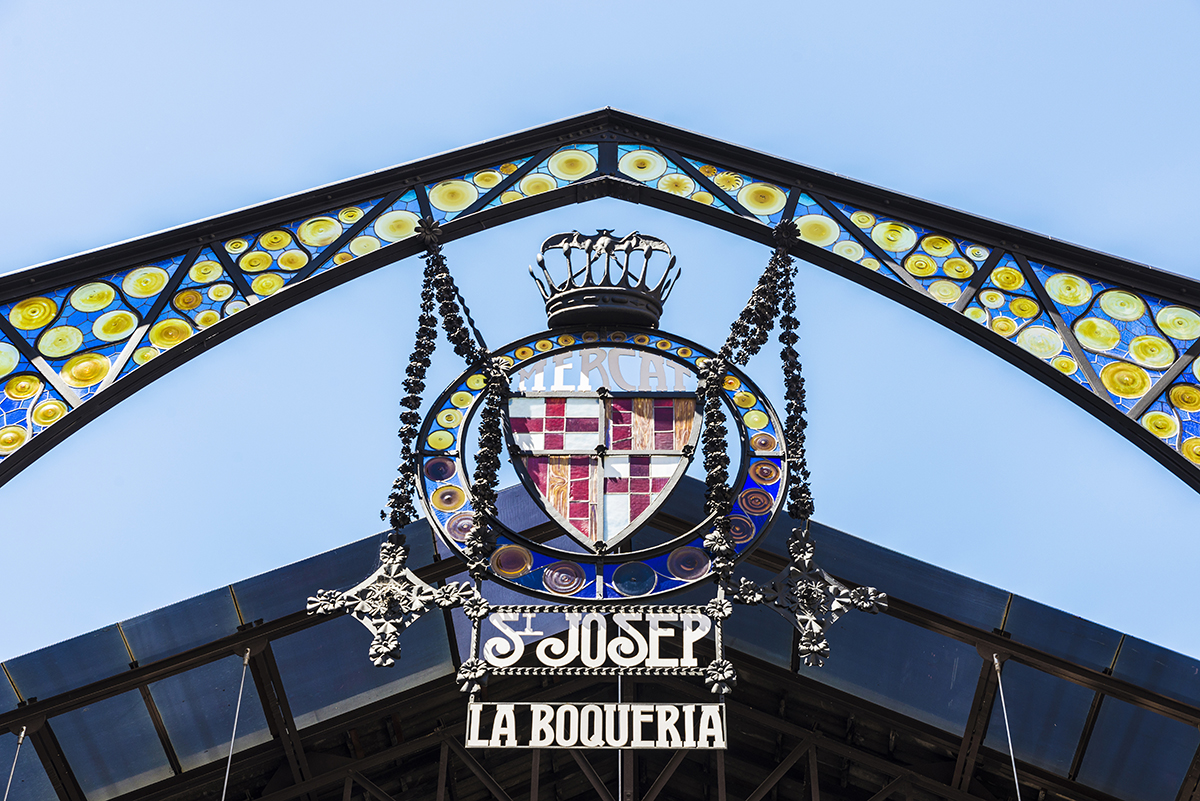 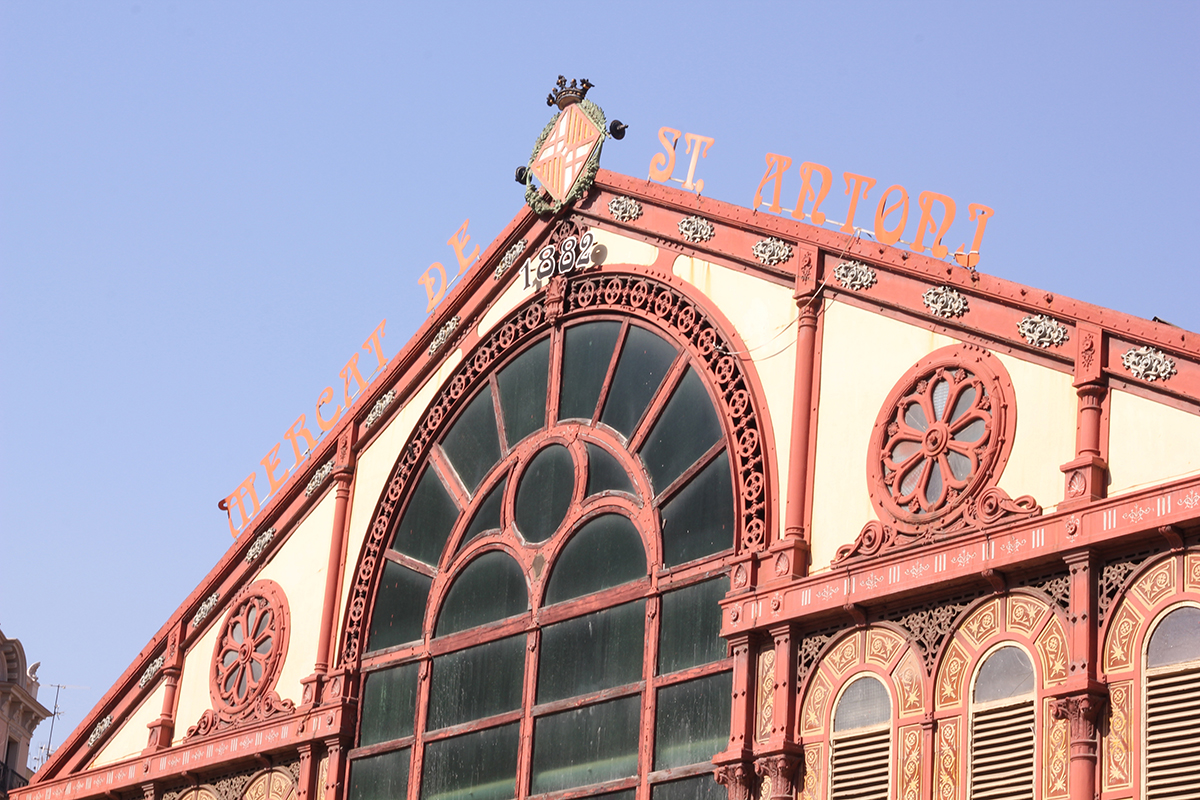 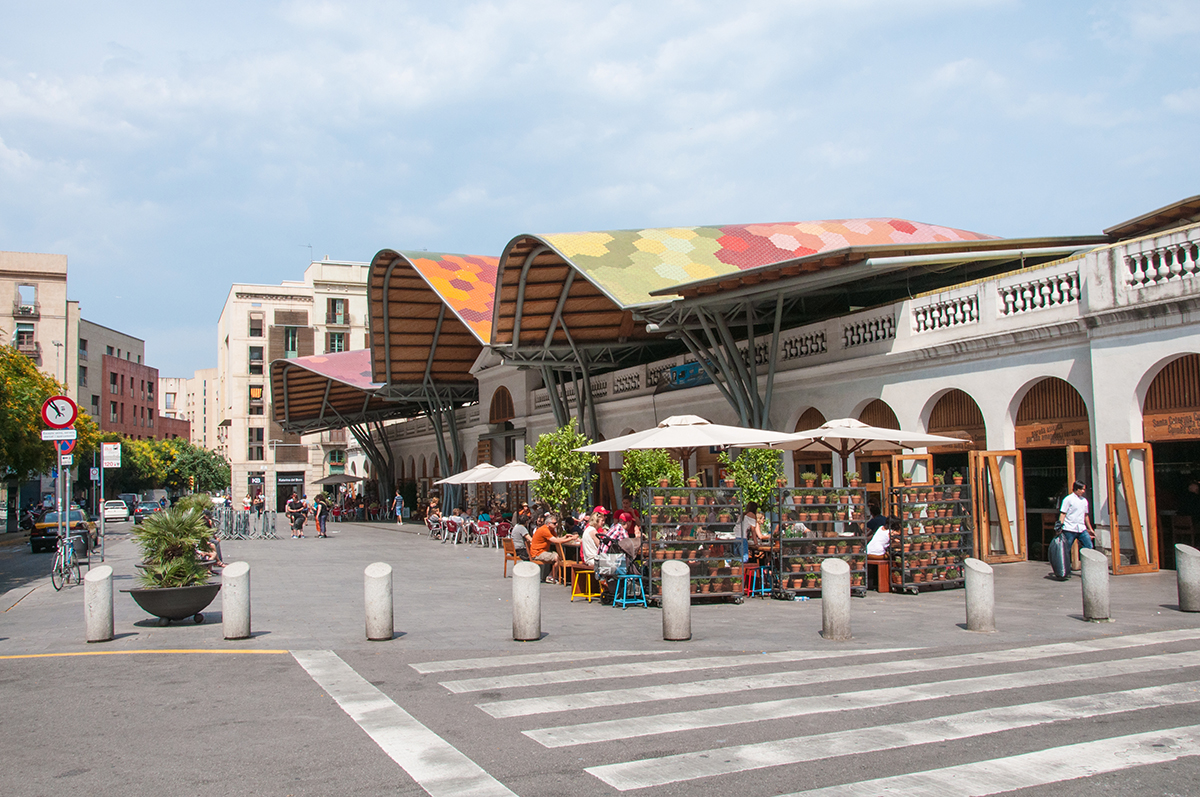 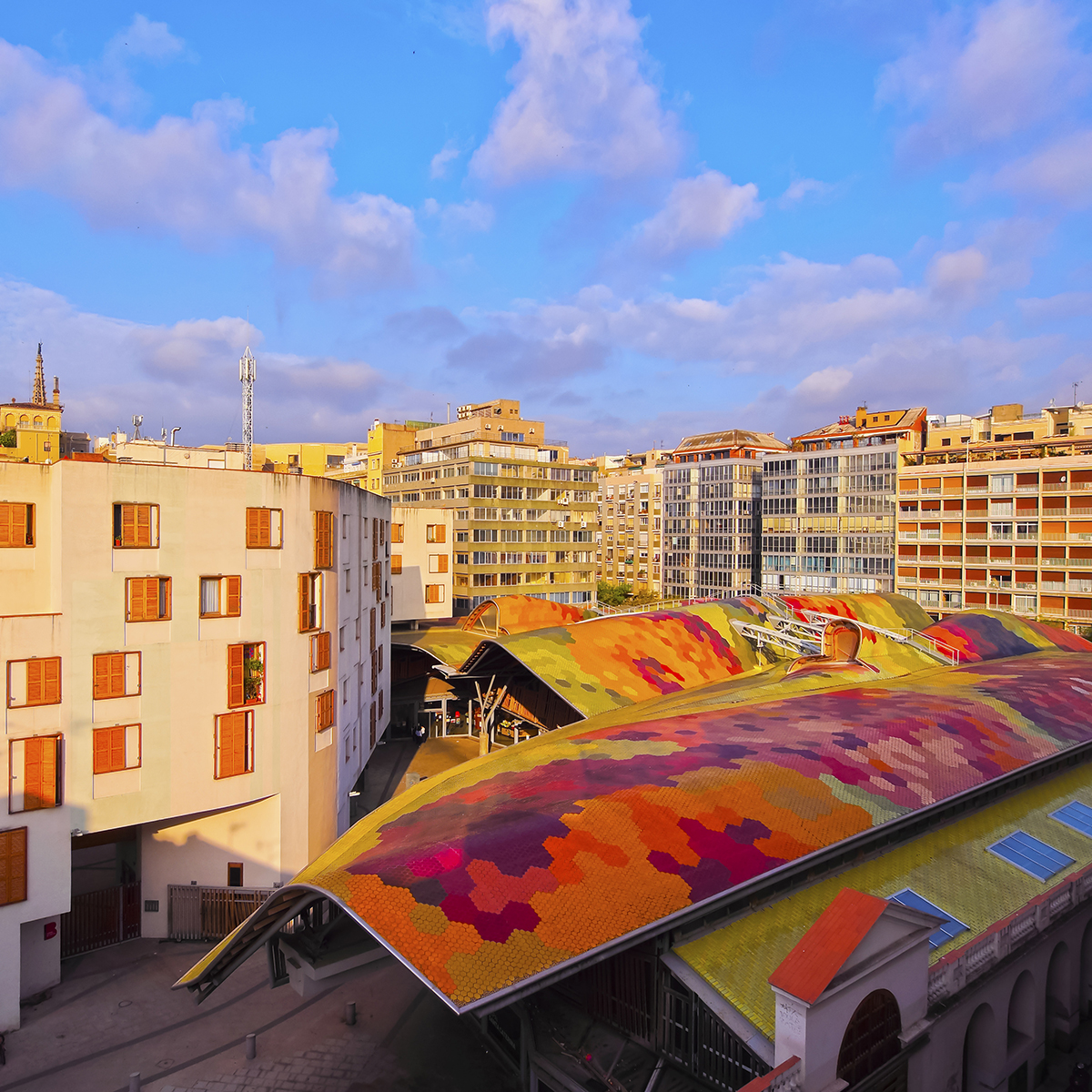